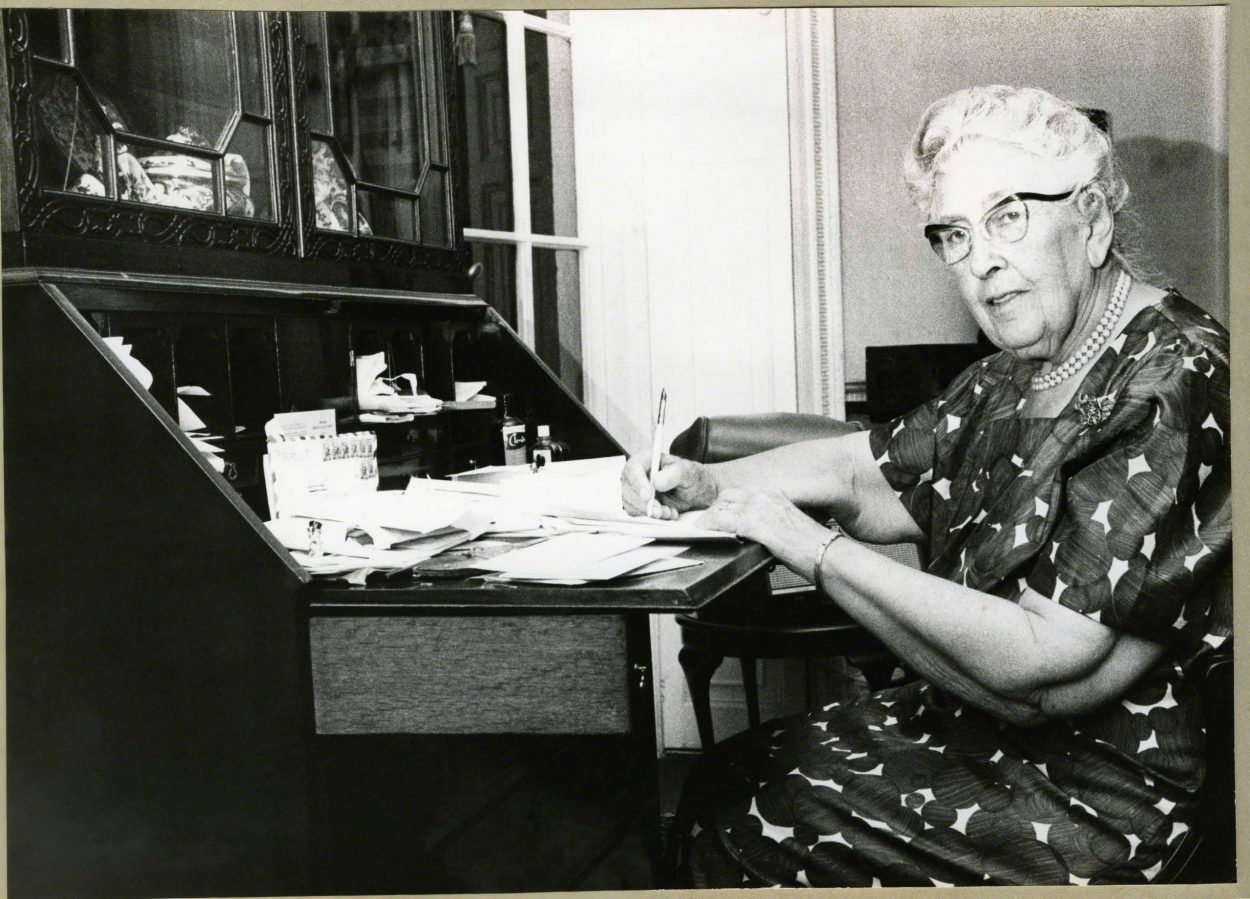 In case you missed the calendar alert, today is Cozy Mystery Day. (You’re welcome.) It’s celebrated annually on the birthday of Agatha Christie, the undisputed queen of cozy mysteries.

When I began my writing career back in the mid-90s, I had no desire to write fiction. No siree, Bob. My path, or so I thought, would be paved with true stories. Stories that mattered (or at least that’s what they tell you in journalism school).

But I suppose I don’t have to tell you what happens to the best laid plans.

I started writing cozies about a year ago, and found them to be a perfect fit for my writing style. Instead of competing with the nonfiction side of my brain, the cozies actually complemented it. And visa-versa.

If you’ve never read a cozy mystery, here’s a quick rundown on what they are, and what I like about them as a genre:

They’re also good clean fun in an age when wholesome is difficult if not impossible to find. That’s right, I said it.

My cozies, which kicked off with Inherit The Gin, go one step further. Written under my pen name, Claire Stewart, they’re murder-free, as well.

In the beginning, I wasn’t sure how that would play with readers. But I’m nothing if not a risk-taker. So far, the risk has paid off, as those who weigh in on the issue appreciate that I haven’t killed off any characters.

As long as I can dream up intriguing mysteries, I think I’ll keep it that way.

Tonight, as work continues on my next cozy, I’ll raise a glass and toast Agatha Christie for inspiring a new generation of cozy writers. Especially this one.